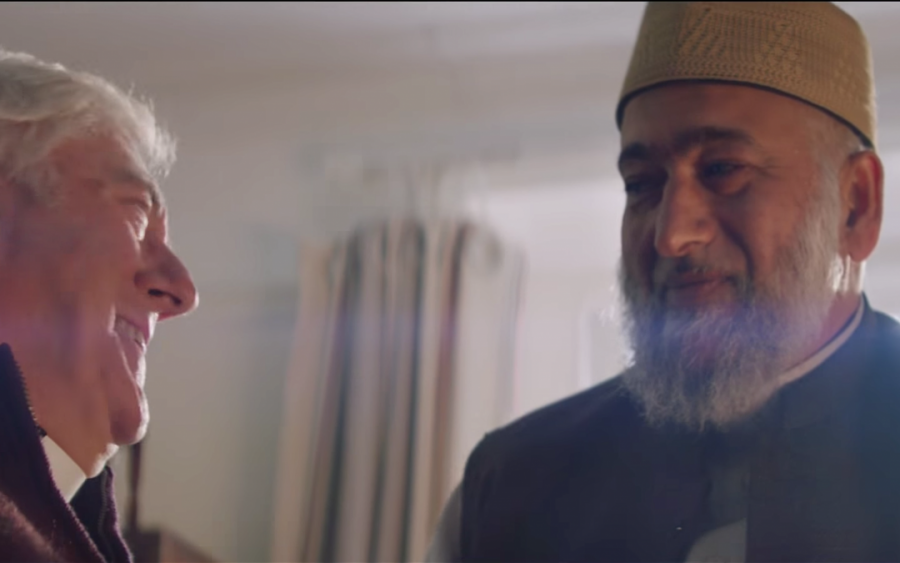 Never Let Words Get in the Way of Memorable Script

In our business, sometimes the best script has no words. In fact, some of our most successful videos have very few words or no words at all. I learned a long time ago to never let art get in the way of a memorable story. After all, the number one goal of telling a story in our business is to inspire those who view it and compel them to take action because they were moved in one way or another.

When I first started writing scripts many years ago, I crafted them with what I thought were eloquent, smart, poetic words. But, my scripts read more like a novel than a memorable video story. Then, I attended a lecture where the legendary reporter Bob Dotson had this to say about writing for television and video:

“Writing is nothing more than stitching one great sound bite or one descriptive frame of video to another. Any more than that and you’re just trying to show off.”

That was the moment I stopped trying to show off and I began telling the story the way it was supposed to be told. As a result, heart found a path into every video we make. I’ve never forgotten the lesson. It’s something we teach everyone here at Manley Creative & Media. But, we don’t just mention it and move on; we constantly remind each other that every single video we produce has to be memorable. Not just some of them, all of them.

If we don’t do that, we’re wasting our clients’ time and money.

Yesterday, as we sat in our weekly planning meeting, our team watched this new Amazon commercial, modestly titled the “A Priest and Imam meet for a cup of tea.”

Just like we don’t let words get in the way of telling a good story, we don’t let ego get in the way of learning and improving. We didn’t have anything to do with the production of this video but I sat my team down to watch it. It was quickly dubbed the “I’d like to buy the world a Coke” video for the new era, with a decidedly more urgent appeal that the world needs more than words to heal.

Amazon’s video is beautifully scripted, but it has no words. It doesn’t need them. It tells a timely story in gestures, smiles, eyes and hands which weave a tale of acceptance, kindness, faith and unity. It’s a timeless novella of human compassion and benevolence. I don’t know, nor do I care, if Amazon is making a political statement with this commercial as some have theorized, or if Amazon is simply making a statement that allows the viewer to decide their own takeaway.

Here’s my takeaway. This story of unity will always drive marketing messaging. But, over the next year we will see an increase in the theme of unity. Some will be memorable, some will not. Not everyone who uses the unity theme will be up to the task. Telling this story will become more and more challenging, because commercials like this aren’t happy accidents. It takes a tremendous amount of planning by the production team and the client to pull a memorable concept like this together. If both sides aren’t totally committed, the end result might end up being a mere shell of what could’ve been. Or worse, incite a negative outcry.

We just finished two months of shooting, scripting, rewriting, drafting, storyboarding, location scouting, selecting actors, pre-shoot testing and crew coordination for three :30 commercials for one of our largest clients. Post production editing is happening as I write this and our client will come to Manley Creative & Media HQ to view the first drafts of the commercials today. If you’re wondering if these commercials have words, they do. But, just enough to help stitch one memorable frame of video to the next. We take this and every client’s street cred seriously, so we will tweak every word and every second of film to tell their story the way they need and want it told. That’s a promise we make to our clients.

I started my company many years ago because I truly wanted to make a difference in this world. At Manley Creative & Media, we are excited for this renewed focus on unity. Thanks for lighting the fire, Amazon Prime. Now, give us a call and we’ll take care of your next commercial.

Photo from Amazon Prime’s “A priest and imam meet for a cup of tea.”